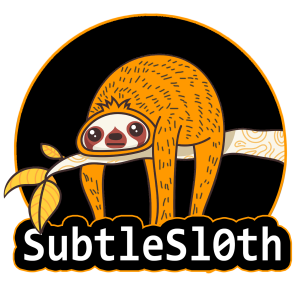 Realism Mats is the most breathtaking and realistic Minecraft texture pack I have seen.

Let me preface this article by saying that about a year ago, I wouldn’t have been able to be convinced to even ENTERTAIN the idea of playing Minecraft, let alone write an article about it. This article is about how a Minecraft texture pack changed my entire outlook on the game and ultimately convinced me to keep playing day after day.

I originally had a stigma towards Minecraft and it’s strange, blocky, and what seemed to me, dull world.

I had this idea in my head that the game had absolutely no substance to it, and that there was absolutely NO WAY that I could possibly ever enjoy a game that was entirely made up of blocks that looked like a child came up with in art class. Then, a friend took me aside and asked me to come join him in a Minecraft world. I didn’t have an account, so he let me borrow his second one for awhile.

The Start of My Minecraft Journey

Initially, I wasn’t really impressed by the game. It didn’t look very good, the controls to me seemed a little strange, and I was entering a world where people had already established their operations. So, being an open minded gamer, I decided to ask a few questions, like “What is there to do in the game?” and “How the heck do I play this?”, you know, the normal questions one asks when trying to learn something new. In my friend’s synopsis of things to do and places to see, a few things caught my ear, but one thing in particular kept my attention…

This wonderful material in the world of Minecraft was the initial reason I continued to play the game. You see, I am an electrician by trade, and redstone, as any Minecraft player knows, is essentially electrical circuitry inside the game world, which blew my tiny electrician mind! After I was shown redstone, I was hooked, but at some point, I wanted more. I wanted Minecraft to feel like an actual world. As I was travelling through the world, I took in the “gorgeous” (16 bit) landscapes and it really put the game in perspective for me. This game isn’t JUST about building, breaking blocks, or fighting monsters. In it’s own, strange, pixelated way, it really is gorgeous.

Then it hit me…

What if there was a texture pack that could make these landscapes FEEL realistic and more like the actual world, except…with zombies…and skeletons that shoot you with arrows. After searching far and wide I found what I was looking for. I found what, in my opinion, is the most stunningly beautiful and realistic texture pack someone has come up with in the Minecraft community so far. Realism Mats has taken this already beautiful game, and given it a completely new life. This texture pack, paired with a shader, completely changes the feel of a Minecraft world.

Realism Mats is a realistic Minecraft texture pack that attempts to bring real world inspired textures to the blocky world of Minecraft. The creator, Amine Kaddari, has captured a semi-modern look to his pack that also, for the most part, keeps to the traditional fantasy type setting that is the world of Minecraft.

The pack was designed around Minecraft version 1.14.4 initially, and the newer versions are being implemented as they come out. There are currently packs for 1.12.2, 1.14.4, 1.15.2/1.16.1, and 1.16.2/1.16.3. All of the packs are available in 256x, 512x, and 1024x resolutions. As a bonus, for the people who don’t want to use the entire pack, the creator has also separate, standalone packs that can be used in combination with a Base Pack for customization of your world. Realism Mats is updated on a monthly basis, during which another set of blocks from the vanilla Minecraft database is retextured. This pack IS NOT all encompassing. However, around 75% of all vanilla Minecraft textures have been finished so far, and more are getting released to the Realism Mats Community every month!

Where Realism Mats has Led Me

After spending a few months playing around with Minecraft and Realism Mats, I decided that more people needed to experience it for themselves. I started streaming Minecraft on Twitch with Realism Mats and Sildur’s Shaders as the setting. Streaming has changed me for the better, I love the community I have made. I love the people I’ve become friends with because of streaming. In turn, Realism Mats started this crazy chain of events that has shaped my life in ways I didn’t think were ever going to be a reality.

If you are looking for the most realistic and inspired texture pack for Minecraft, look no further than Realism Mats. 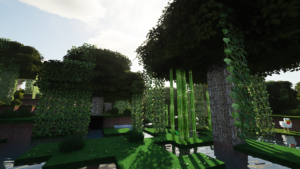 How to Install Minecraft Shaders: Setup and Important Things to Know 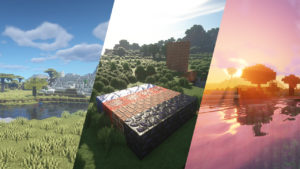